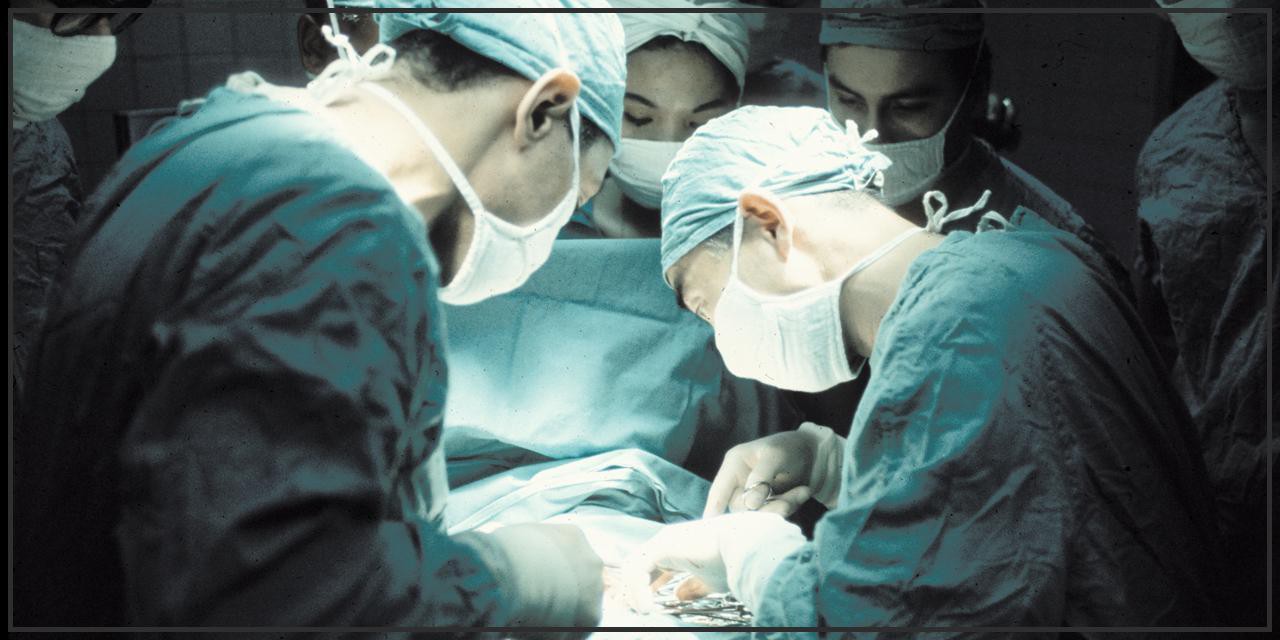 The first U.S. heart transplant took place on December 6, 1967 at Maimonides Medical Center in Brooklyn, N.Y., just three days after Dr. Christiaan Barnard performed the world's first transplant in Cape Town, South Africa. The recipient, an infant boy, succumbed to a bleeding complication six and one-half hours later.
The son of a physician, Dr. Adrian Kantrowitz was born in 1918. He received his M.D. from Western Reserve University in 1943. In addition to performing the first U.S. heart transplant, he is responsible for several contributions including the plastic heart valve in 1954, the heart-lung machine in 1958, the internal pacemaker in 1961, and the auxiliary left ventricle in 1964. Dr. Kantrowitz and his wife Jeanne founded L.VAD Technology in Detroit in 1983. L.VAD Technology designs and develops leading edge cardiovascular devices.
The original slides from this collection have been donated to the National Library of Medicine.